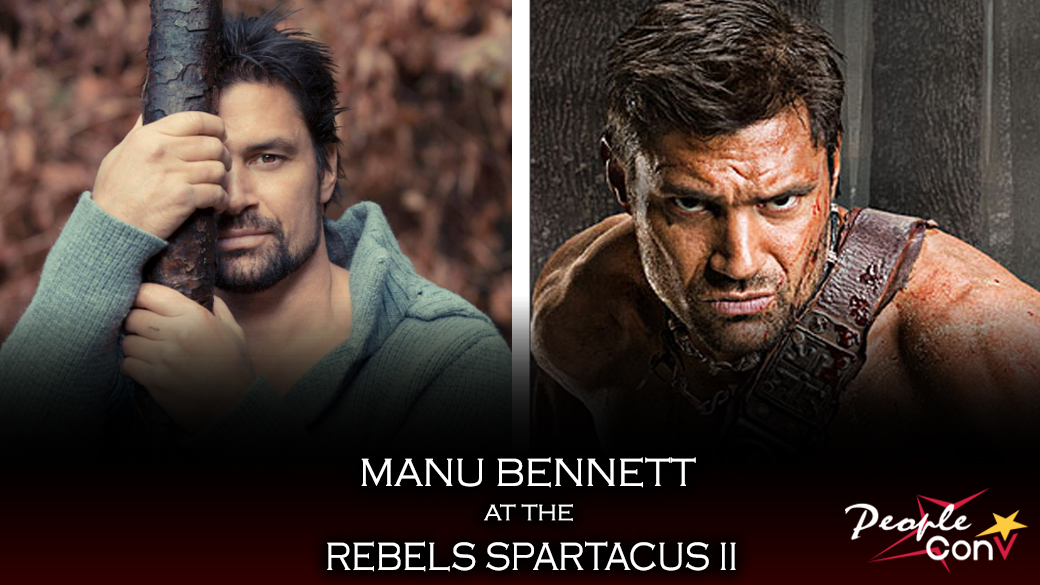 We regret to inform you of the cancellation of Manu Bennett for the Rebels Spartacus II, but not for the reasons you think. As some of you have seen, Manu was announced for a convention in the US, the only reason he agreed that convention is that he has recently signed for a new movie set to start shooting in September, with this shoot he will not be able to travel to France for the convention, the shooting dates have long been uncertain, his manager accepted the offer for another con ” in cas, if his filming would begin, which would result to he couldn’t come to Paris “

Coming to the Rebels Spartacus 2 was the first choice of Manu, unfortunately he can’t miss a professionnal opportunity to join us to Paris.

Pending the start dates of filming, we started to looking for a new Guest to “replace” if he was not able to come, what we got confirmation today, we have done everything to find a Guest at his level and we will have the pleasure to announce him/her in few minutes.

We are also saddened than you, know that Manu has promised to soon come back with us for one of our next conventions … 🙂