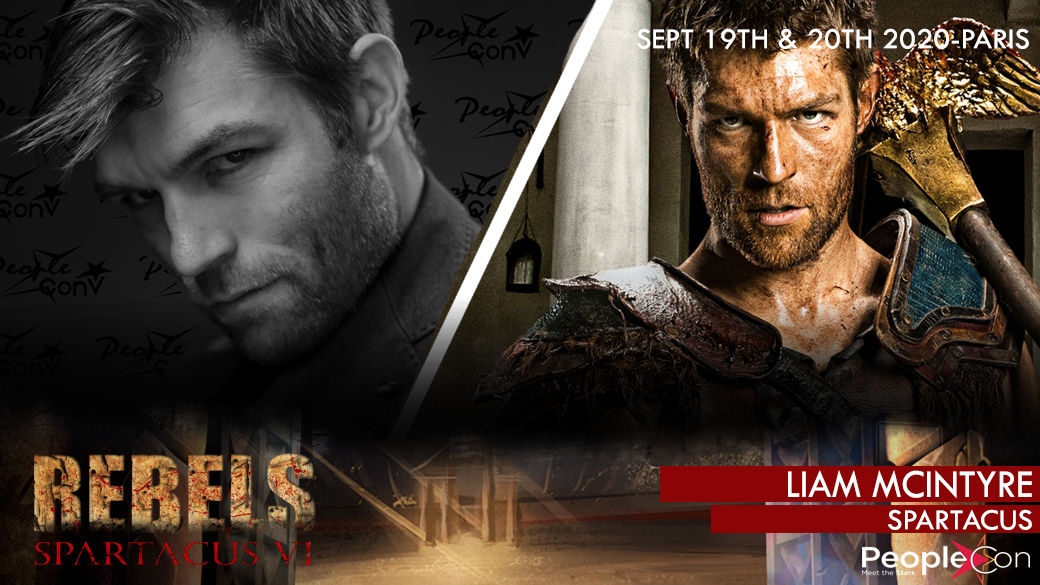 It’s a pleasure to announce our 4th guest for the Rebels Spartacus VI is the irreplaceable Liam McIntyre!

Liam, who had the challenging task of taking up the role of Spartacus and who successfully did so, will be among us for this event, and the guestlist will only keep on growing! Liam did not miss one convention. It’s a staple event for him!

You may have also seen Liam in The Flash tv series as the Weather Wizard, or in The Legend of Hercules along side Kellan Lutz, and you may have heard him in Star Wars Resistance, as he voices the character of Commander Pyre.

Liam is an extra guest. His extras are now available on the ticketing!

We have numerous contracts still in the works, with actors who already came but also with new actors!

Rebels Spartacus 6 is postponed to 2021

Rebels Spartacus 6 will be held in september !